How to get rid of louse flies?

How to keep louse flies away from your horse?

Every year it's the same story: as soon as the warm weather returns, the louse flies appear by dozens and invade the barns. They climb everywhere and settle where the horse can't chase them away.

The louse fly, also known as keds depending on the region you're coming from, is an extremely resilient haematophagous (blood-feeding) parasite. It is mainly found around livestock such as cows, sheep and horses but also attacks birds and sometimes humans.

The louse fly is a member of the hippoboscidae family and the one that harasses our horses has the very self-explanatory name of hippobosca equina. Here's how to recognise it:

You can't go wrong! The louse fly is unlike any other.

It is said that knowing your enemy is a battle half won!

How do louse flies live?

What does the louse feed on?

The louse fly feeds on blood. It is said to be a haematophagous. Unlike other insects such as the mosquito, in which only the female bites, in louse flies, bites are caused by both males and females!

It is this bite that is very painful and causes the horse to make sudden defensive movements or show anxiety. Moreover, as the louse fly bites mainly in places that are inaccessible to them, horses quickly tend to reach such levels of frustration and discomfort that they can sometimes become dangerous. Pawing, rearing, kicking, displaying hyper-vigilant or even aggressive attitudes, it's all there and it's all the fault of the louse fly!

The louse fly and the horse

Louse flies are active from April to October with maximum activity in the summer. They give our horses a hard time, leaving them no respite, as they very rarely leave their host.

The main nuisance associated with louse flies is obvious: it is harassment.

We've been talking about this since the beginning of this article. The fact that they constantly attack the horse without giving it a chance to defend itself, combined with the blood spoliation causes physical and psychological exhaustion.

Reduced feed intake, weight loss, skin lesions, stress... are all signs that the louse fly infestation is starting to take a serious toll on your horse's morale.

At the moment, there are no scientific studies proving that the louse fly is a vector of equine pathologies. That said, its proliferation still raises questions about the transmission of diseases such as equine infectious anaemia, leptospirosis or anthrax and skin and intestinal parasites such as nematodes (Habronema microstoma) and helminths (Dermatobia hominis)

How to (finally!) get rid of louse flies

To date, there is no such thing as a real louse fly repellent. The best-known method is to literally decapitate every louse fly you can catch one by one. But if, like us, you're a little put off by this idea, there's another way to avoid bites!

All you need to do is apply a persistent, breathable ointment to all sensitive areas. For this, we recommend Natjely™ the 100% plant-based balm from Animaderm:

Bonus point: pheromones. This is a bit like the Messenger of insects. When one of them identifies a danger, it transmits the information to the other individuals of its species via pheromones, and tells them to avoid that danger, thus reducing the number of attacks considerably!

So, ready to give your horse a peaceful summer?

Information for guidance only - Not a substitute for a vet consultation Tips: showering your horse during winter

Tips: showering your horse in winter 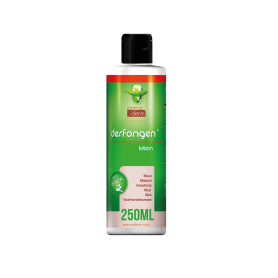